Most individuals that are dealing with a weight issue want solutions to this problem now. Where the real challenge comes in is choosing what is going to be the most effective for them.

This is because there is a multitude of weight loss programs and diets to choose from and it can be overwhelming.

Often the best way to deal with weight loss is with a common-sense approach and this is not always easy to do either.

This is because there is so much information available from many different types of experts that don’t always agree with the weight loss approach.

The best approach is to really take a look at how the weight loss revolution has progressed over the years. By doing this it gives one some basic understanding of how those that are leading in the weight loss industry have reached the point of success that they are at today.

If you look back in history you will see that the approach to weight loss is far different than what it is today. The main focus used to be on calorie counting.

The concept behind this was that the fewer calories you consumed the less amount of fat that you were going to accumulate. This meant that you wouldn’t have to deal with trying to shed the fat in the first place.

Not consuming as many calories means you don’t have to burn as many throughout the day. While this is an age-old concept it is definitely not a redundant one.

Calorie counting still plays an important role in many of the successful weight loss programs that are available today.

However, what has been discovered with the modern-day technology is that there is far more to just counting the calories. 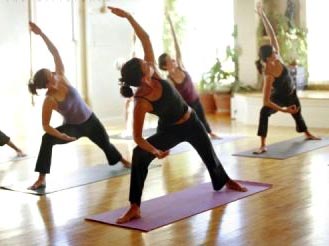 When it comes to exercise historically aerobic training was the one that was most favored.

This was to encourage calorie burning. It too still plays a role in today’s weight loss. However, there are newer and just as effective training programs that have been added to this form of training.

What has become more of a newer trend is keeping an eye on the types of food that are being eaten. There has been a lot of interest in adopting fat-free food consumption.

This is when the supermarkets began to be flooded with fat-free versions or low-fat versions of food.

One of the biggest issues that were discovered with this approach was that, yes there was some weight loss to start with but it didn’t last very long and most often individuals ended up putting the weight back on.

What was also discovered is that becoming too obsessive about this type of diet could lead to insulin resistance. This is because there was no focus being put on the amount of sugar content in the fat-free foods that they were choosing.

As time progressed low carb dieting became the big focus. This is when it was assumed that it wasn’t the fat in the foods that were creating the weight gain but it was the carbs. This is at the point in time when the market was flooded with all types of fad diets.

Then following this was the Paleo diet and this is still one of the most favorites when it comes to dieting today.

Having a little understanding of how weight loss efforts have progressed over the years gives one a good concept as to the basics of what has been used for weight loss, and what has worked better than others.

This allows one to make a good choice with their weight loss program for today.