But why is iron so important?

Well, iron is an essential mineral used to transport oxygen throughout your body. It is also one of the components in hemoglobin, which is a substance in your red blood cells responsible for carrying oxygen from your lungs to the rest of your body. Hemoglobin actually represents two thirds of the iron in your body. So if you lack iron, your body is unable to make enough healthy red blood cells. This will lead to iron deficiency anemia.

If you have unhealthy red blood cells then your body will not get the oxygen that it needs. This is what causes you to become fatigued. This level of exhaustion will negatively affect everything in your body from your brain to your ability to ward off diseases. Iron is also necessary to ensure healthy cells, nails, hair, and skin. 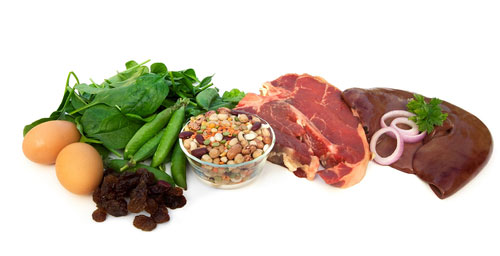 Beginning at adolescence, females will require more iron because of the blood loss during their monthly period. This is why females require 18 milligrams of iron daily between the ages of 19 and 50, whereas men between the same ages only require 8 milligrams. Once a woman hits menopause, the menstrual cycle ends and as such the iron requirements drop to the same as men: 8 milligrams per day.

There are certain situations wherein your iron requirements may increase. When in these situations, iron supplements are a good way to ensure you get as much as you need. These situations include: