Today there are many links between cancers and obesity. Over the last three decades the percentage of overweight and obese adults and children has increased tremendously, at shockingly high rates. The growth of obesity rates has led to diseases and increased risks of cancers including:

This has also increased secondary health concerns such as coronary heart disease, high blood pressure, strokes, and diabetes. For example: in 1980 there were zero cases of diabetes in children but by 2010 there were over 57,000.

So what exactly is obesity?

Obesity is a condition with an abnormally high and unhealthy proportion of body fat, which can be measured with the Body Mass Index (BMI) provided by the National Heart, Lung, and Blood Institute.

Right now two-thirds of adults in America are obese and among children, the figure has reached over 10%.

Obesity is scientifically documented to increase the risk for many cancers including the esophagus, kidney, colon, thyroid, pancreas, and more. It is alleged that by 2030 the existing trends linking obesity to cancers will reach an additional five hundred thousand cases annually in the United States alone. If each adult just reduced their BMI by 1%, which would roughly equal 2.2 pounds, it would prevent the increase mentioned above in cancer rates by 2030, and more than that, it would actually help avoid 100,000 new cases of cancer.

There are many mechanisms that explain the link between cancer and obesity. The first is the excess fatty tissue which creates excess amounts of estrogen. This has been linked to breast cancers and endometrial cancers. The second is the high level of insulin among obese patients. The increased insulin levels in the blood promote the development of different tumors. The third is that the fat cells actually produce hormones in the body called adipokines which will either inhibit cell growth or promote it. Leptin, a hormone that is found in excess among obese people, promotes cell proliferation but adiponectin, which is not nearly as abundant among obese people, has anti-proliferative effects.

Additionally, fat calls can have direct and indirect effects on the regulation of tumor growth. Finally, obese people often have regular inflammation which is associated with higher risks of cancer. 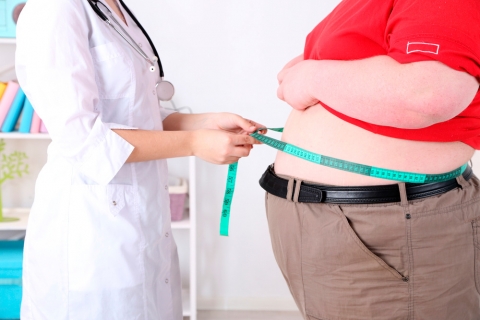 There are other mechanisms within the body that might also account for the altered immune responses such as oxidative stress on the body.

Many studies link obesity to an increased risk of cancer, but it is also something exacerbated by age with regard to the risk for breast cancer. The higher risk of breast cancer is often seen in post-menopausal women and not in obese women who are not post-menopausal.

The relationship between cancers and obesity is clear. And yet, it should not even be an issue on the table. Obesity must be stopped and it begins with losing 2.2 pounds per adult. With something as simple as this, cancer cases and health care costs would be reduced drastically.