Dioxins are known carcinogens and they are also endocrine disruptors. Dioxins are found in the incineration of products which contain chlorine-based products. Dioxins are typically consumed through food products and animal products. Babies can be exposed to dioxins or breastmilk. Of the last few decades federal regulatory actions have reduced the high levels of dioxin but many people still have significant levels of this chemical in their body.

Dioxins are carcinogenic and there has been shown to be a strong link between the carcinogenic toxins and cancer. High exposure to dioxins has been directly correlated to multiple forms of cancer including liver cancer and breast cancer. Cancer is a disease where there is an uncontrolled division of abnormal cells in a particular area of the body, such as the liver or the breasts. This abnormal growth can be caused by environmental factors such as exposure to carcinogens like dioxins. In fact, between 75-80% of cancer cases in the United States are thought to be caused by environmental factors including the consumption of food contaminated with dioxins and exposure to pollution.

Levels of dioxins in the air are quite low except within the vicinity of inefficient incinerators. When there are inefficient concentrations of dioxins in surface water and drinking water but they are released into the air and contaminate soil and aquatic sediments, this leads to bioconcentration in food. Higher chlorinated compounds persist longer in the natural environment which means that food products are exposed to the dioxins for a longer period of time. 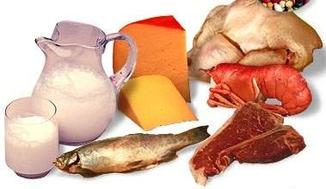 Substances that have high fat solubility such as fatty foods, shellfish, dairy products, and some forms of meat and fish have higher concentrations of dioxin. The majority of human exposure to dioxins is through the ingestion of contaminated food. Once these compounds exist in the fatty tissue they have a half-life in humans over seven years in total. Organic materials that were in the presence of chlorine and other halogens can generate dioxins during combustion. The incineration of industrial waste, domestic waste, and hospital waste at high temperatures can release dioxins. Inadequate incineration will create dioxins but moderate incineration technology can destroy them.

Short-term exposure to dioxins after an industrial accident or in an occupational setting can cause skin lesions. Long-term exposure can cause immune-toxicity, neurodevelopmental effects, developmental effects, and effects on the reproductive function, steroid hormones, and thyroid hormones. The most sensitive life stage in terms of development is the fetus or the neonatal stage during which time the transfer of dioxins through the breastmilk is particularly dangerous.

Overall, dioxins are incredibly toxic and they can cause developmental problems, reproductive problems, interfere with hormones, damage the new system, and cause multiple types of cancer. Because of the omnipresence of dioxins all people have some form of background exposure but higher levels of exposure are linked to higher likelihoods of the development of cancer.

Prevention and reduction of exposure is one of the best ways to alleviate or at least reduce the risk of cancer. This is best done with source directed measures such as strict controls over industrial processes and food processing in order to reduce the formation of dioxins before it begins.